regex - How to validate an email address using a regular expression?

The fully RFC 822 compliant regex is inefficient and obscure because of its length. Fortunately, RFC 822 was superseded twice and the current specification for email addresses is RFC 5322. RFC 5322 leads to a regex that can be understood if studied for a few minutes and is efficient enough for actual use.

One RFC 5322 compliant regex can be found at the top of the page at http://emailregex.com/ but uses the IP address pattern that is floating around the internet with a bug that allows 00 for any of the unsigned byte decimal values in a dot-delimited address, which is illegal. The rest of it appears to be consistent with the RFC 5322 grammar and passes several tests using grep -Po, including cases domain names, IP addresses, bad ones, and account names with and without quotes.

Correcting the 00 bug in the IP pattern, we obtain a working and fairly fast regex. (Scrape the rendered version, not the markdown, for actual code.) 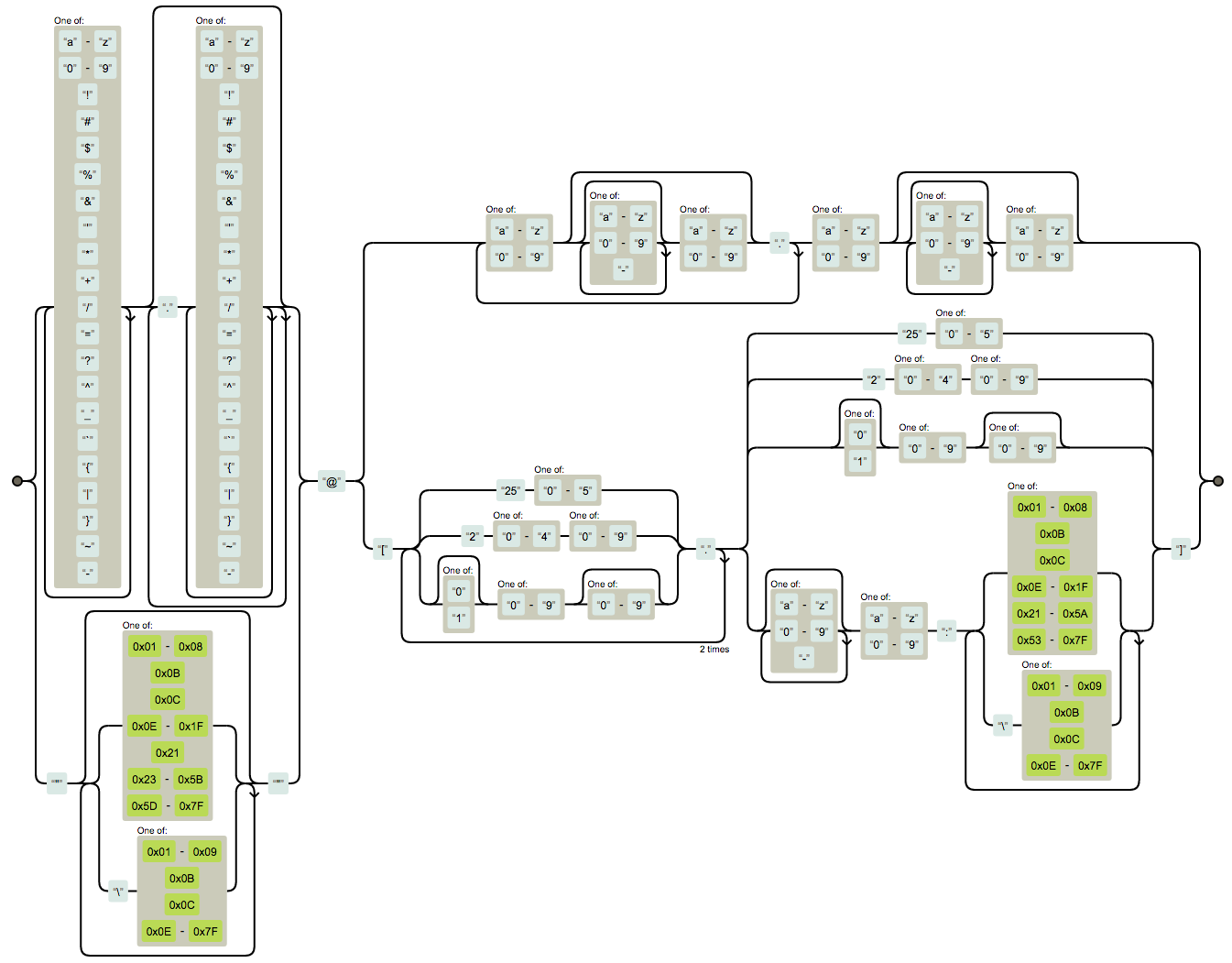 The more sophisticated patterns in Perl and PCRE (regex library used e.g. in PHP) can correctly parse RFC 5322 without a hitch. Python and C# can do that too, but they use a different syntax from those first two. However, if you are forced to use one of the many less powerful pattern-matching languages, then it’s best to use a real parser.

It's also important to understand that validating it per the RFC tells you absolutely nothing about whether that address actually exists at the supplied domain, or whether the person entering the address is its true owner. People sign others up to mailing lists this way all the time. Fixing that requires a fancier kind of validation that involves sending that address a message that includes a confirmation token meant to be entered on the same web page as was the address.

Confirmation tokens are the only way to know you got the address of the person entering it. This is why most mailing lists now use that mechanism to confirm sign-ups. After all, anybody can put down president@whitehouse.gov, and that will even parse as legal, but it isn't likely to be the person at the other end.

For PHP, you should not use the pattern given in Validate an E-Mail Address with PHP, the Right Way from which I quote:

There is some danger that common usage and widespread sloppy coding will establish a de facto standard for e-mail addresses that is more restrictive than the recorded formal standard.

That is no better than all the other non-RFC patterns. It isn’t even smart enough to handle even RFC 822, let alone RFC 5322. This one, however, is.