node.js - Why should I use Restify?

there was an issue with the script causing the Restify test to be conducted on an unintended route. This caused the connection to be kept alive causing improved performance due to reduced overhead.

This is 2015 and I think the situation has changed a lot since. Raygun.io has posted a recent benchmark comparing hapi, express and restify.

We also identified that Restify keeps connections alive which removes the overhead of creating a connection each time when getting called from the same client. To be fair, we have also tested Restify with the configuration flag of closing the connection. You’ll see a substantial decrease in throughput in that scenario for obvious reasons. 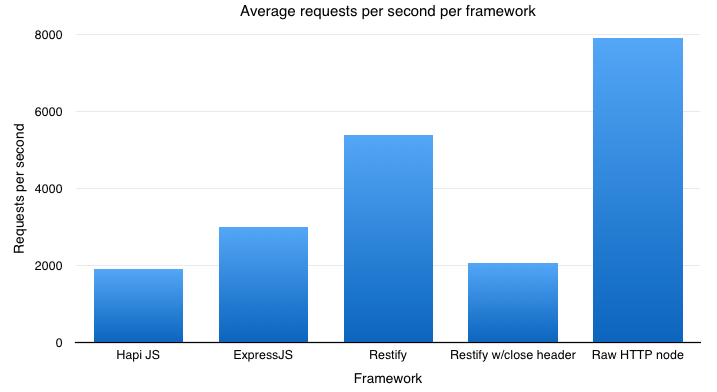 Looks like Restify is a winner here for easier service deployments. Especially if you’re building a service that receives lots of requests from the same clients and want to move quickly. You of course get a lot more bang for buck than naked Node since you have features like DTrace support baked in.