I struggled with this issue for a little bit too. I noticed a lot of you posted really complicated resolutions but there is a much easier way to do this! Its just a program and you shouldn't have to modify scripts, or install third party tools. The issue is related to High DPI scaling as mentioned above but what I think a lot of you are missing is that you can't directly modify compatibility settings on the launcher itself. The launcher and eclipse are two different programs! You need to browse to the Eclipse.exe and override the High DPI scaling option there. Once set, you can use the launcher as normal. The launcher will hit the executable, launch the eclipse.exe and since you set the compatibility settings on the .exe it will run using those settings. I spent like 10 minutes tracking down where the exe was so if its any help mine was located in: C:\Users\username\AppData\Local\Yatta\Launcher\installations\eclipse-ide-for-java-developers\eclipse.exe

Here is a screen shot of how I set my compatibility settings. 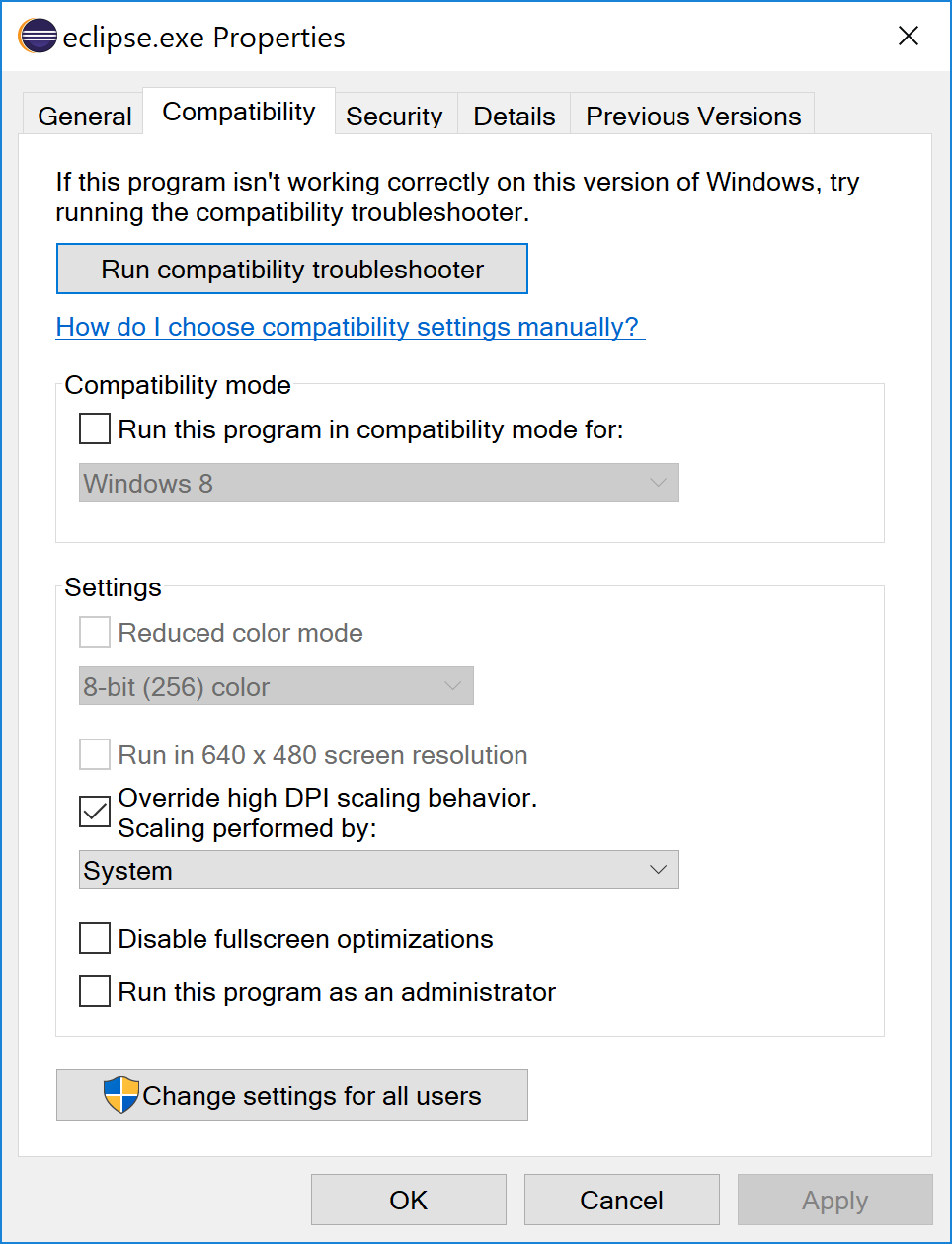 And yes, the icons were super small before adjusting this setting. I tried setting compatibility settings on the launcher itself but it obviously didn't fix the issue. But after setting the override High DPI setting for the eclipse.exe icons are now normal size. Let me know if this works for others!